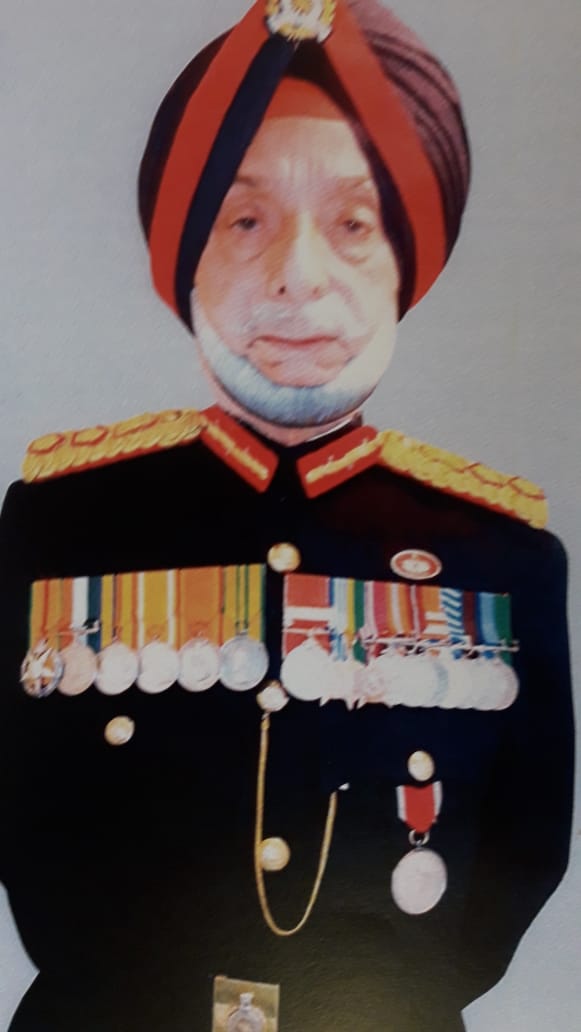 We hail from the Royal House of Jaisalmer (Rajasthan) and are Bhati Rajput Suryavanshi by origin. I am direct descendent of General Sham Singh Attari.

I have served in the Indian Armed Forces for 26 years with distinction and was awarded ten medals. Have held high-grade appointments such as Instructor at the Military Academy and Defence Services Staff College Wellington. My last appointment was Director Operational Logistics in the Quarter Master Generals Branch at the Army Headquarters; I was responsible for dealing with Mobilization of the Indian Army, and management of Weapons, Ammunition, Equipment, Transport and Medical Stores.

I have held the appointment of Secretary Defence Service Officer’s Institute at Delhi and was also nominated as Chief Instructor of United Service Institute, which is a tri-Services Institute.

I have done Post Graduation in Business Management and Marketing. I have also undergone training in Export / Import, Hotel Management & Tourism and Industrial Entrepreneurship.

I contested elections both for MP (Member of Parliament) and MLA (Member of Legislative Assembly) from TarnTaran & Rajasansi respectively in the year 1991/92.

I am the founder and Chairman of Shaheed General Sardar Sham Singh Attariwala College for Women, instituted in the befitting memory of the General at his native place at Attari in Dist. Amritsar.

I am also holding the appointment of General Secretary of General Sardar Sham Singh Attariwala Trust instituted on 4th January, 1998 under the Chairmanship of Late Brigadier S. Jasbir Singh of Attari, S/o. S. Harbans Singh, one of the founders of Chief Khalsa Dewan, Amritsar and Khalsa College, Amritsar.

Currently, I am writing the Book titled “The Most Magnificent Warrior – the Life & Times of General Sardar Sham Singh Attariwala”.